AIRSHOW NEWS: Joint Statement from BADA and HCAP regarding CAA Claims the Air Display Community has declined to co-operate 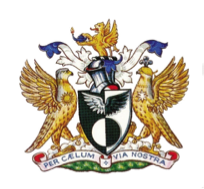 “The assertion by the CAA’s Chief Executive Officer, Andrew Haines, reported in The Times yesterday, that there has been resistance in the air display community to the changes being proposed is factually incorrect. Nothing could be further from the truth. The entire airshow community has been focussed on drilling into the core safety issues that stem from the Shoreham tragedy to assess what changes can sensibly be made to prevent a recurrence.

There has been great anxiety about the massive increase in charges, made without realistic consultation or with any meaningful impact assessment. To suggest, however, that the airshow community has declined to “co-operate with reforms such as rigorous checks on pilots, new training for organisers etc” is completely false.

That Mr Haines should compound this blatant piece of politicking by a public body by saying that “the community seem to think that Shoreham is a one-off and therefore you can carry on as you are” is totally inaccurate, and a reprehensible statement from the CEO of the CAA. Before Shoreham, Mr Haines carried out cuts within the CAA budget such that many departments were unable to exercise proper regulatory management of various aspects of the aviation industry. In the case of the air display community, the small, hard-working office, responsible for the regulation of air displays, was sinking under the workload. The system was sustained only by the professional involvement of Display Authorisation Evaluators (DAEs) from the airshow community, and by the presence of a sound and well-framed regulatory system evolved over many decades.

This system was not perfect, but was subject to constant review, thanks to a healthy relationship between the small CAA office and the community at large. The system was admired throughout Europe for its practical approach to air display operation and the focus on safety. As part of the hollowing-out of the CAA, as late as mid 2015, Mr Haines was personally involved in trying to offload the responsibility for Airshow management, with its associated deregulation, to the British Air Display Association (BADA). BADA declined, as they perceived this to be a retrograde step with regard to regulatory oversight and fundamental safety.

More recently, post Shoreham, the CAA understandably instituted a top-down review of air displays, in which the air display community were anticipating their professional involvement, similar to the last major review, where the split between the CAA and the professional community was approximately 50/50. We were dismayed when it became apparent that, apart from a little window dressing by involving the inclusion in the team of an Air Marshal, this was to be an in-house exercise with no involvement of the display community at all. It should be obvious that the expertise for the disciplines of all aspects of displays largely resides with the air display community itself; the CAA is populated in the main by officials, many of whom having little or no understanding of aviation, let alone the complexities of aerobatic flying display routines.

By way of example, last month’s regular pre-season BADA symposium, an event attended by over 350 military and civilian air show organisers and pilots, was addressed by a CAA representative with little or no understanding of aviation matters who had most recently served as a Civil Servant with the NHS. Such things gave added impetus to the vigorous lobbying by the air display community to be involved in the process, and only at the eleventh hour did the CAA accept a single respected member on to the review panel.

Mr Haines has chosen to deflect criticism of him and the CAA by falsely accusing the display community of obdurate behaviour, which the public should be aware is completely untrue. The CAA has yet to issue the full details of the regulation changes even at this late hour, so display organisers have no regulations with which they can refuse to comply.

Air shows enjoy huge public support. Thanks to the professional co-operation between the community composed of highly experienced display pilots and evaluators and display organisers, the British people have been able to enjoy a safe entertainment without a fatality amongst the public for over 60 years. Of course, post Shoreham everyone needs to review how, if possible, we can prevent the recurrence of such a tragedy, but imposing draconian changes, with inadequate consultation, risks not only depriving the public of something they enjoy but also depriving young people of an experience which for so many has inspired them to become aviators or aeronautical engineers, contributing to one of the UK’s most successful, world-leading industries.

The intemperate and irresponsible approach by the CAA suggests that these rushed measures are not driven so much by a desire to enhance air show safety as to pre-empt any criticism of the CAA which might arise from forthcoming enquiries. Accordingly, we call upon Mr Haines to retract his criticism.”